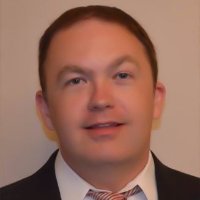 Norman has over fifteen years experience in directing auditing, accounting, compliance, and taxation engagements for insurance organizations in the states of Alabama, Arizona, Georgia, Florida, Illinois, Nevada, North Carolina, New Jersey, New York, South Carolina, Tennessee, and Texas. He has achieved the highest designation within the insurance industry, CPCU, and has earned the exclusive Associate in Insurance Accounting & Finance (AIAF) certification, a certification that very few CPAs have obtained.

Norman holds the CPA designation in the states of Alabama, Georgia, Florida, New York, North Carolina, South Carolina and Texas. He is a member of the Society of Financial Examiners (SOFE), and a member of the Alabama and Georgia Societies of CPAs and the American Institute of CPAs. He is also a former member of the Pike County (AL) Board of Education. 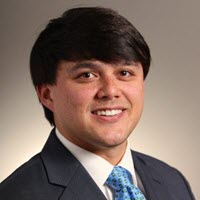 Marc is with Cobbs Allen in the alternative insurance division and develops the captive practice. Through his efforts, he has grown the practice and established himself as an experienced leader in the space. In this position, Escalona is responsible for assisting companies effectively manage their corporate risks and control their insurance costs through a captive. He conducts feasibility analyses and coordinates the captive process to help clients achieve the highest possible degree of long-term success.

Before joining Cobbs Allen, Marc worked as a consultant helping large hospital systems with their risk management, supply chain management, and clinical/resource utilization. He is a graduate of Louisiana State University with a Bachelor of Science and has received his master’s degree in business administration from the University of Alabama. Marc holds the designation of Associate in Risk Management (ARM). 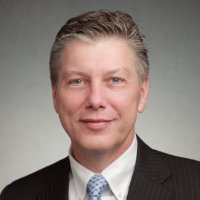 Keith began his career as a Lloyd’s broker in London and has over 30 years of experience in commercial insurance and reinsurance business. Within the Brentwood Services organization Keith has focused on the development and management of self-insurance and alternative risk transfer (ART) programs.  Adapting to market changes these programs now include captive insurance, risk retentions groups and mutual insurance companies.

Keith established BrentRe in 2005 to serve the needs of ART market clients and broaden the range of reinsurance products outside of the core workers’ compensation products and services that Brentwood Services provides. Prior to his move to Nashville in 1992, Keith served as Vice President for American Insurance Managers, Inc., a medical stop-loss provider and workers’ compensation broker based in Atlanta, Georgia.

Keith earned the Chartered Property and Casualty Underwriter (CPCU) professional insurance designation awarded by the American Institute for CPCU. He has also holds the Associate in Reinsurance (ARe) and Associate in Commercial Underwriting (AU) designations awarded by the Insurance Institute of America. Keith currently serves on the board of the Alabama Captive Insurance Associations.

Doranne Newton is the Underwriting Manager for Alabama Municipal Insurance Corporation (AMIC), a mutual insurance company established by local entities including cities, towns, utilities and municipal associations.   She has been with AMIC for more than 15 years.  Prior to this position, Doranne worked for local insurance agencies as an Underwriter.  She has more than 30 years of combined experience in the insurance industry and serves as a Board member for various captive insurance companies in Alabama. 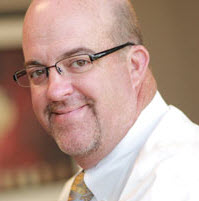 Jeff began with Brentwood Services, Inc. in May of 1998 as Manager, Finance and Accounting.  He served as CFO, beginning in 2000,  and was promoted to Chief Operating Officer of BSI in 2002.  In 2007, Jeff was  named as President and CEO of Brentwood Services Administrators.  As President of Brentwood Services Aministrators, Inc. Jeff oversees 180 employees in six offices involved in the adminstation and management of specialty workers’ compensation programs that include mutual insurance companies, self insured groups and employers who utilize retentions or deductibles as part of their risk management program. Services provided include marketing, underwriting, policy and premium administration, claims administration, loss control, accounting and statutory financial statement preparation.

Prior to joining BSI, Jeff worked for Ernst & Young, LLP, where his primary focus was working with financial institutions. 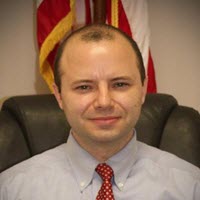 Greg is the Chief Technology and Security officer for Troy University and the Director of the Alabama Digital Forensics Institute. In 2002, Greg founded the first regional digital forensics lab in the nation with the U.S. Department of Justice. Greg developed the Cyberkids Awareness Program for the Alabama Attorney General’s Office. He has authored five books on information technology, served as a member of several CyberSecurity task forces, holds two technology patents and is a frequent speaker at security conferences. He serves on the board of several captive insurance companies. 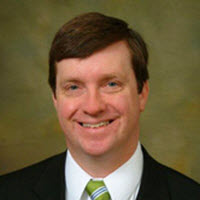 Davis H. Smith is a Shareholder and member of the Taxation and Business Organizations & Transactions practice groups of Gilpin Givhan, PC. He counsels clients on tax and business strategies in a variety of industries, with a particular focus on participants in the financial services industry, including insurance companies and investment advisors, and the professional services industry, including accounting firms.  Davis regularly advises captive insurance companies, risk retention groups and self-insured funds on transactional, regulatory and tax matters. Davis is a frequent speaker and writer on tax planning for businesses, including strategies for captive insurance companies.  Davis holds a B.A. in Management Economics from Hampden-Sydney College, a J.D. from the University of Alabama, and an LL.M. in Taxation from New York University. 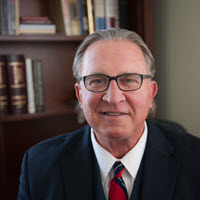 He founded Risk Consulting & Expert Services in 2007 after having served many roles within the property and casualty insurance industry over the previous 30 years.  Mr. Stegall served as an underwriter, a retail insurance agent with local, regional, national and international retail broking firms, a national wholesale broker, an insurance carrier chief underwriting officer, an insurance carrier regional vice president, a managing general agent, an underwriting manager, and an executive for a captive insurance company, a self-insured fund and a reinsurer. 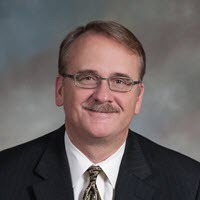 Business – During the past 31 years, Terry has been a partner in several organizations focusing in the insurance and risk management industry. He has served on multiple boards throughout these organizations as well as outside boards of various companies and associations.

Claims Processing Division TPA – Terry Young, and former Partner, created from scratch a TPA (Third Party Administration) company in 1999. They provide full service claims administration for multi-line insurance coverages for client base. TPA specialty niche is workers compensation.  In 1999 acquired a competitive company and also acquired 25% ownership in the largest PPO network in the state of Alabama for workers compensation called ALAMED. This PPO processes approximately $450,000,000 in work comp claims per year. TPA has 50+ employees and one fulltime attorney on staff, and processes over $125 million dollars in work comp claims annually as well as over 10,000 claims per year.

Captive Insurance Operations – CEO and shareholder. Started captive insurance operation for manufacturing group in 1993 and made first trip to Bermuda in 1986. Have traveled extensively to captive domiciles both US and offshore and over 100 trips to Bermuda since 1986. Developed and managed all aspects of captive operations such as rating, underwriting, billing, binding, policy issuance, legal, claims, auditing, marketing, loss control and developed third party insurance programs in the South East United States selling insurance products to restaurants and wholesale/retail gasoline distributors. Utilized in-house captive to achieve risk bearing entity and created cost center conversion to profit center. Generated $40,000,000 of revenue in third party business in three years.

Retail Operations – Partner and shareholder of independent insurance agency, Insurance Solutions Group LLC.  Started agency in 1985 and grew it through acquisition of seven other retail agencies throughout Alabama in the first ten years.  Presently have 35 employees and ongoing successful operation generating $20,000,000+ in premium revenue.

ACA membership demonstrates that you are committed to a strong captive insurance industry in Alabama and also allows you to access exclusive membership benefits.

Stay up to date with the latest Captive news and events!